Wait. what about the food? Isaiah and I started this on a seeming whim but was there something more meaningful at play? It’s possible. Life is strange. It’s long and it can also be desperately, gaspingly short. We knew already the hefty added perk of this journey was the discovery of our city, the forced hand getting us out of our dole-drums and into the meat and guts of the city. To shake us up, to open our eyes. Again. But could there be even more? Could we be greedy?

Our parents have cancer. Both of them. The mom and the dad. It’s been over five years now, but the traumas still shock and depress. Mom’s metastatic stage four breast cancer. Dad’s multiple myeloma, the stubborn devil that floods his blood, eats his bones. It goes into remission but with the promise of an unwelcome return like so many infestations that make humans small. Moms treatment has never stopped. Dad’s took a break but as his markers rose, it welcomed him back, beckoned him to sink back into the nightmare, pulling him into the pleather recliners with poison infusions and expired people magazines doled out by cancer free retirees in philanthropic moods.

This particular Saturday had been on our family’s calendar for weeks. Dad needed help. The garage. The garage. The physical embodiment of the toughest part of their marriage. Moms childhood an open emotional trauma that left her longing for possessions that were never allowed her, never deserved her. So she collected and things became meanings, became love. Love, complex and messy.

And there was dad’s “upbringing,” a mother who abandoned her three young children for career aspirations on the other side of the country, moves that quickly manifested into a successful writing career and just as swiftly punished with an early death. A childhood that left him wanting in spaces, order, neatness and that harmonious symphony of “everything in its place.”

The garage was a manifestation of all things anxiety provoking for them and for anyone else who walked in it. Full of the objects momma used to fill voids. Some precious, some deteriorating refuse. Us kids were committed to dealing with it. To carve out a path of light in the house of sick.

We were there. We had face masks and gloves, a three ton dumpster, chests puffed with purpose. Jordy kept momma distracted from the trauma of discard by going through their closets with her. Holding each object in front of mom and passing verdict. Jordy was five months pregnant, not the best contender for heavy lifting. Physical or emotional.

We fucking handled it. Decades of “keepsakes” of “collections” some thrown in mom’s studio to sort later, others, like the jar of broken office chair wheels, the bin of shoe horns and the super size bucket of nails, went in the bin. We pulled dad’s reclining chair, his sick chair, in front of the open garage and he sat there watching intently. A strange expression on his face, pleasure and pain. Pointing with his cane and letting us know that “this was the best day I’ve had since I’ve gotten sick.”

It was a long day. Everyone worked in equal measure. Lifting, throwing, scrubbing. If you blew your nose dust came out. It was a hard day but the laughs came (thanks Zaya) and the music (thanks me) both equal distraction, both equal lifelines.

Zaya and I had naively committed to a Jonathan Gold meal once our garage day was done. Seemed like a good idea at the time, totally doable, but listen, sometimes this mission is a challenge. Sometimes I just want to crawl into a ball and turn off the lights. I was tired, sad, depleted. Korea town? May as well have been Cambodia. But we went. Zay and Maria jumped in my car, the others looked at us like we were nuts. We kinda were. Dizzy with accomplishment, and with some nauseating reckoning of the reality creeping up on us.

We drove. Through the valley. Through Hollywood. Down Western into the blurring lights of Korea town, onto Olympic Blvd. West to East and right into the Guelaguetza parking lot.

“It’s a long wait” the attendant told us sympathetically. We saw the line. Hungry hispanic families draped the stairs to the entrance. But this wasn’t their first rodeo. They bounced their babies and cracked each other up. Working up appetites and spending quality time.

Committed, we forged ahead to the host. “Table for four?” “About an hour” she replied. We put our name on the list as she told us there was a full menu at the bar. Deal. We walked through to the bar, suddenly ashamed of how grubby I was after a full day of manual labor.

Regardless, we lucked out, pulled up a few seats at the bar and ordered the Pasion De Oaxaca cocktail. Nothing has ever hit the spot or lifted the spirits more. Chips came complimentary smothered in their famous mole. We took in the scene. A spattering of hipsters, most were Mexican, some in large parties with their families, many in button downs on dates, or with friends, shooting back tequila samplers and overall having a totally great time. The room hummed.

Our neighbors, an attractive middle aged couple, approved of our cocktail choice and started to chat. He was in LA for a few days via Boston. “What are you in LA for?” Maria asked. “I had a meeting for the university I work for.” “Which university?” she continued, “Harvard” he replied. New in town, he looked up where to eat and an online review led him to Guelaguetza. He confirmed it was the closest he’d had to food from where he grew up in Mexico City.

The food was so very good. And strange. Large, messy plating. New vehicles for Mole. Plates of hammered meet with cojita and a cross between tortilla and flat bread for my mushrooms and scoops of rice and chorizo on skewers with cabbage and shreds of cheese and sweet tamale and rice pudding, an otherworldly cheese flan and nicuatole. The cafe de olla was the perfect capper, that and the excellent band that started up in the main dining room, a cross between local Son Jarocho and Sebadoh. Theirs were the sounds I wanted to lose myself in. No life without music. And this atmosphere a pulse for the living. A lifeline for those of us running from the scents of death.

This dinner was not just another Jonathan Gold to check off our list. Not just number 83. In fact, number 83 was the thing we needed that day. Our parents situation was dire, heavy and helpless heartbreak. But we were here at this Oaxan haven in Korea Town getting some perspective on the wide scope of this world, a wider lens of life, the critical importance of culture and our continued exposure to it. Such a good night, one I knew mom and dad would love…but pain. Pain and weakness. Mom. How I wish she knew how to choose quality over quantity. Did Jonathan Gold know? Did he go quickly? Did he go down fighting or did he give in to the inevitable? To the end of discovery?

*postscript: About six weeks later we brought mom and dad, with close friends and family, back to Guelaguetza to celebrate dad’s 70th birthday. They both passed away two months later. 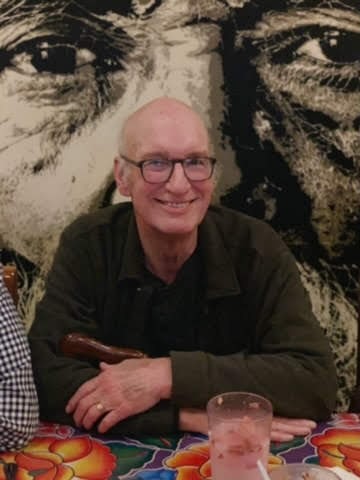