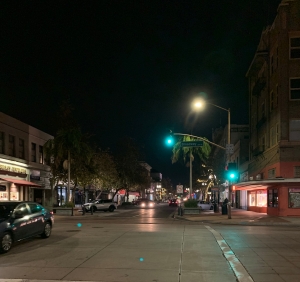 Who knew Santa Ana housed such a quaint downtown? Well if you live there, I certainly sound like an asshole. But I didn’t know. We didn’t know. And it sure looked ripe for gentrification. We don’t take leisurely drives to Santa Ana unless Jonathan Gold tells us too, so what a surprise to see architecture older than twenty years lining the streets of the desolate town center.

There we were, on a school night, me dragging my work wife Maria along, and Zaya 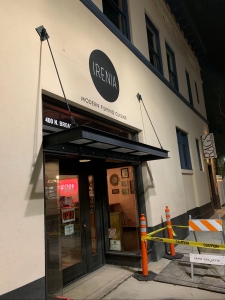 meeting us there. We dodged the construction cones on the sidewalk and ducked into the well lit Irenia. Farm to table Filipino food. Hmm. Did that sound good? Definitely sounded interesting. Deconstructed, westernized Filipino grandma food. Irenia quite literally was named after the chef’s grandma. We ordered San Miguel beers, Zaya ordered the ‘Emerald City’ drink from their party time cocktail menu. It was good. Vodka, green guava, basil and lemon.

Between work anecdotes, discussing the controllable and uncontrollable outcomes of parenting, and as it predictably comes back to with Maria, New York vs. Los Angeles, we ordered.

To start, Mani, peanuts roasted shell on, with vinegar and harissa (aka, soggy peanuts). Dilis which were fried baby anchovies, my request. Turns out I don’t want to eat an entire mound of them on my own.

Fried pork rolls, yummy but hard to mess up, no? Kinilaw, a salad of prawns, avocado

cream and winter citrus, a dish that in retrospect brings up waves of nausea. Strip steak sliced and draped in pickled red onions and chives, was decent. Adobo, which was mediocre at best and photographed like an infants poopy diaper after they swallowed a bunch of radish matchsticks, at worst. 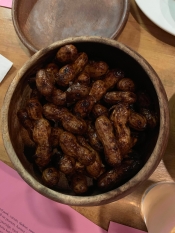 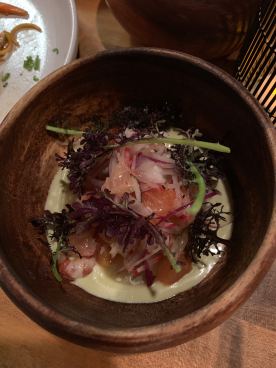 We moved through the meal with subdued commentary. Only one other table occupied

in an otherwise empty restaurant. Our server was cool. She told us that her boyfriend was the Chef, Ryan Garlitos. That they met while they were both working at Tacos Maria. He told her he knew he had to open Irenia. She said she would help him. Then after the typically excruciating process of opening a restaurant, and then the typically eery outcome of no one showing up, they were worried. Very worried.  After about six devastating months, they were in the parking lot, getting ready to head into work and having a total freak out. They were trying to figure out what the hell to do. They went in to open for lunch, but because no one showed up, she went to lock up early, when she saw the famous JG silhouette filling their door frame.

The kitchen scrambled to open back up and serve him. He posted a picture of his lunch and by dinner there was a line out the door. 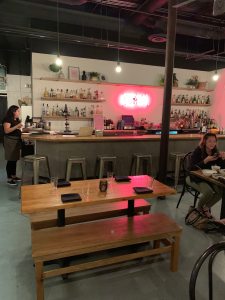 These stories kill me. Not only how Jonathan Gold made so many businesses in and around LA, but the idea of a young couple throwing all their dreams into a place and it not sticking. It’s such a hard business, a ticking time bomb on your inventory, your reputation left to the subjective. When your business is your food and people don’t like it, you either say “fuck it. I like it” and try to last until others catch on, or until you have to close.

So, with Irenia, it just didn’t feel like the JG touch stuck. Also, didn’t taste like they had “it.” If there was magic, it was gone. Irenia was not only our least favorite to date, it just wasn’t good. Ambitious concept, inspired menu, but flavors that didn’t merge well. Execution was lacking in technique and finesse. Zaya took the food to go but never ate it. But who am I to judge? Certainly not a food critic, just someone that likes good food. 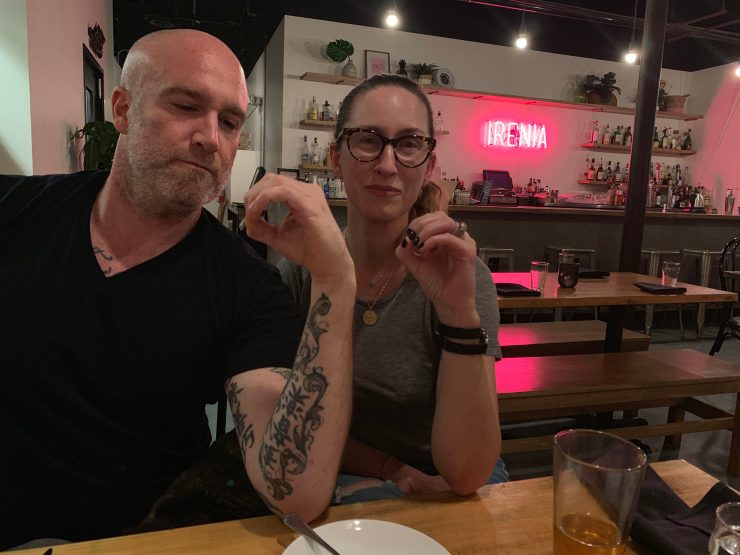