We headed deep into East LA on a Sunday afternoon. The Dodgers had made it into the playoffs, and this was a deciding game (spoiler alert – they lost). And by the time we hit the 5 freeway and passed Stadium Way, we were a full car in a sea of blue hats.

We’d been warned to watch out for imposters and sure enough, as we made our way down Olympic we passed several trucks with variations of the words “Marisco” and “Jalisco.” Encouraged we’d found the authentic original by the small crowd in line and sitting on the low wall hunched over paper plates. Unlike many restaurants in LA, the Marisco Jalisco truck has endured for 17 years, with a cult following rivaling The Rocky Horror Picture show, only much cooler. 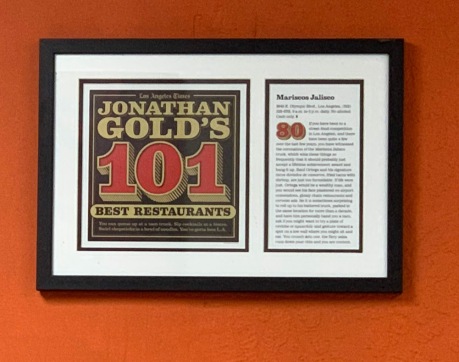 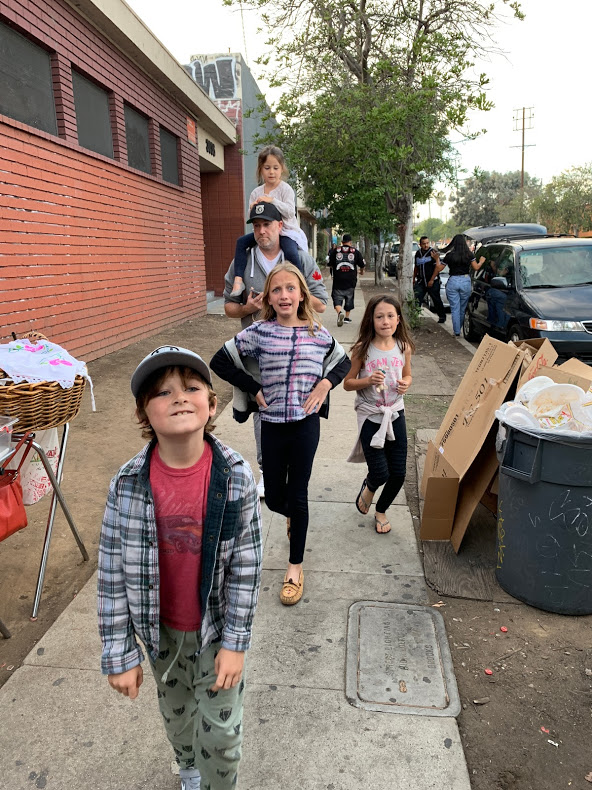 You get the Tacos dorados de camarones. The crunchy shrimp tacos are one of those foods that you could stumble on, maybe late afternoon, recovering from a rough night, depressed because you slept so late, eating your first meal at 4pm (art school nostalgia). And if that first meal was the double plated, tacos de camarones, they would be exactly what you didn’t know you needed. These $1.75 beauties are the perfect combination of a slightly soggy taco belly, threatening to leak but reinforced with their crispy frame. Filled with an assumed (not confirmed) mixture of larger shrimp and a mousse like texture of chopped shrimp, potato, cheese, cilantro, fried whole and topped with a tomato and cabbage salsa and a couple slices of good old (best really) California avocado. 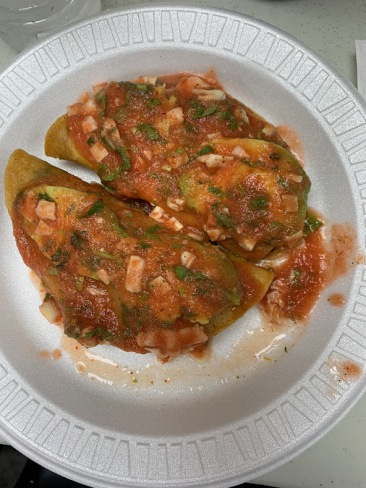 Other items were ordered, including the Poseidon ordered by Zaya, dad, Matt and Lazzie. Isaiah’s requested quote regarding the Poseidon here, “inedibly spicy.” We like spicy, but we are gringos. That said, some of us have a pretty high spice threshold, dad at the top of that chain. He was sweatin. Again all about the tacos de camarones and a Mexican coke (though I prefer the smaller bottles). We ate in the adjacent dining “hall”, awesome option if you’re eating with a grip of kids (we usually are) until they started cleaning the place with fabuloso, my arch enemy, and a cleaning agent that may kill bacteria but also kills all other smells and tastes within a five mile radius.

As we were leaving we were lucky enough to meet the owner, Raul Ortega. He was there wrapping up the business day but kind enough to take a minute to chat, to let us know how Jonathan Gold had completely changed his life and made his business, his family business, his legacy. He spoke of how Jonathan was gone too soon, “so young” and how the day after Gold’s memorial Jimmy Kimmel came to his truck to eat, to pay homage.

The night wasn’t over. Zay wanted to stop at the Los Originales Tacos Arabes de Puebla truck. He wanted us to try it plus he needed to drop a deposit as they were coming to cater his upcoming 40th birthday blowout. As Mariscos was closing Arabes was prepping to open. We sat with other Angelenos, waiting on the fold out tables as Arabes de Puebla got their food prep going. We caught up on Dodger stats, by then a seemingly lost cause, and let the kids chase stray cats in the parking lot.

Great tacos, with this herb unlike anything we’ve tasted. cross between Sage, cilantro and basil. The owner (or mother of) came by us with a chefs plastic container full of something I couldn’t quite see. She lifted the lid towards my brother, “quesadilla?” She asked him. I know my brother. He gave the face he does when he thinks someone is out there but he wants or needs to humor them. “Oh yea?” he asked. “Yea, ok” he smiled. As she walked away he looked at me, ” crickets.”

Weird, it’s all about what our pallets get used to, what we grew up with, what’s “gross”, what’s not. Cows not horses, pigs not dogs, chickens not raccoons. Really it’s all about familiarity, so to each his own. Crickets? Not my thing. But I wonder, if I didn’t know what those crunchy things were in the tortilla, would I just think crisp, fried cauliflower and move on?

After our double dinners, we decided to treat the kids to Milkbar. Ever since our families trip to NY and their daily cereal milk ice cream, they were dying to welcome the LA edition and I was dying to get the taste (and feel) of cricket legs out of my mouth. “Tasted like cornnuts” said Zay.

*post script – Zaya’s 40th blow out was cancelled due to the Woolsey fires. 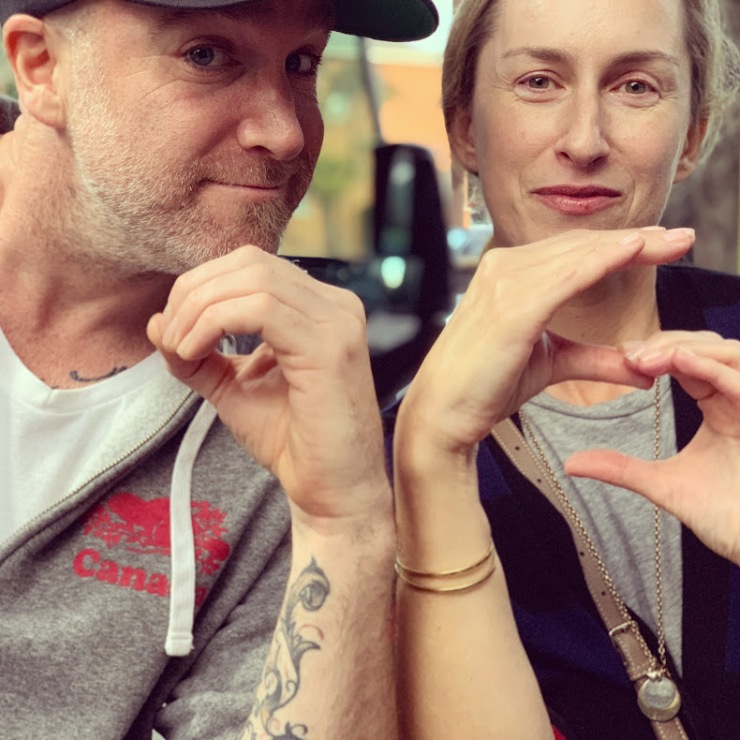